"A legacy is a contract that obligates the recipient to rise to meet the best that the legacy symbolizes.” - Marita Golden 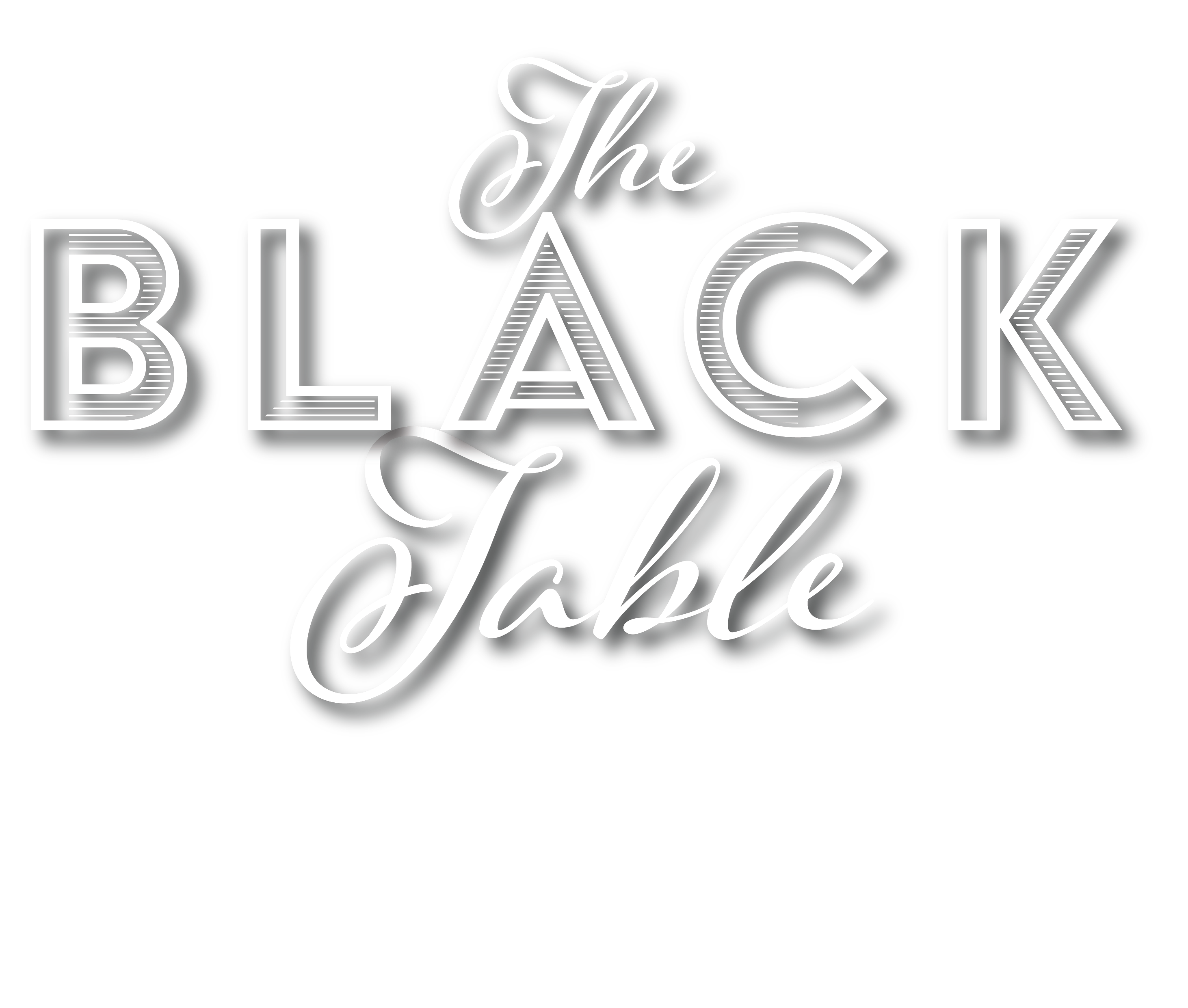 Welcome to the 2021 Black Table

In celebration of Black History Month, BUILD is proud to present The Black Table, a unique event that brings together many of Chicago’s most accomplished African American leaders to share their stories with promising African American high school youth from across metropolitan Chicago.

There’s nothing as powerful as a good story – especially when it is true. If a young person asked to hear the story of your life, what would you say? What dreams and aspirations drove you when you were young? What are the experiences – the triumphs and the challenges – that shaped your path to success? Who taught you what it means to be a leader?

What legacy do you want to leave behind? The Black Table highlights some of the many ways success is possible, while providing an unprecedented look into the hearts and minds of exceptional role models. It is also a rewarding opportunity for the leaders of today to coach the leaders of tomorrow about what it takes to be successful, to overcome challenges, and to generate impact today and a legacy for tomorrow.

Ernest Cato Ill has been employed by the Chicago Police Department for 30 years. He is currently serving as the Deputy Chief of Area Four-Bureau of Patrol where he oversees three police districts. Prior to this promotion, he served as the Deputy Chief of Area North-Bureau of Patrol, where he oversaw nine police districts and two units.

He previously served as the District Commander of the 015th District which covers the Austin community. His tenure as Commander included the creation and implementation of multiple groundbreaking programs such as the creation of the Austin Response Team (A.R.T.) and collaborative efforts with numerous community organizations. Prior to his promotion as Commander, he served as the Tactical Lieutenant where he oversaw the multiple tactical teams that work out of the 015th District. Throughout his career he has worked in many capacities including assisting in developing the Gang Violence Reduction Strategy as a sergeant, working as a Tactical Sergeant, working as a Homicide Detective (predominantly on the west side of Chicago) and detailed as a Supervisor of Investigations to the City of Chicago Inspector Generals Office.

He currently continues to serve as a member of the Chicago Police Department Honor Guard. 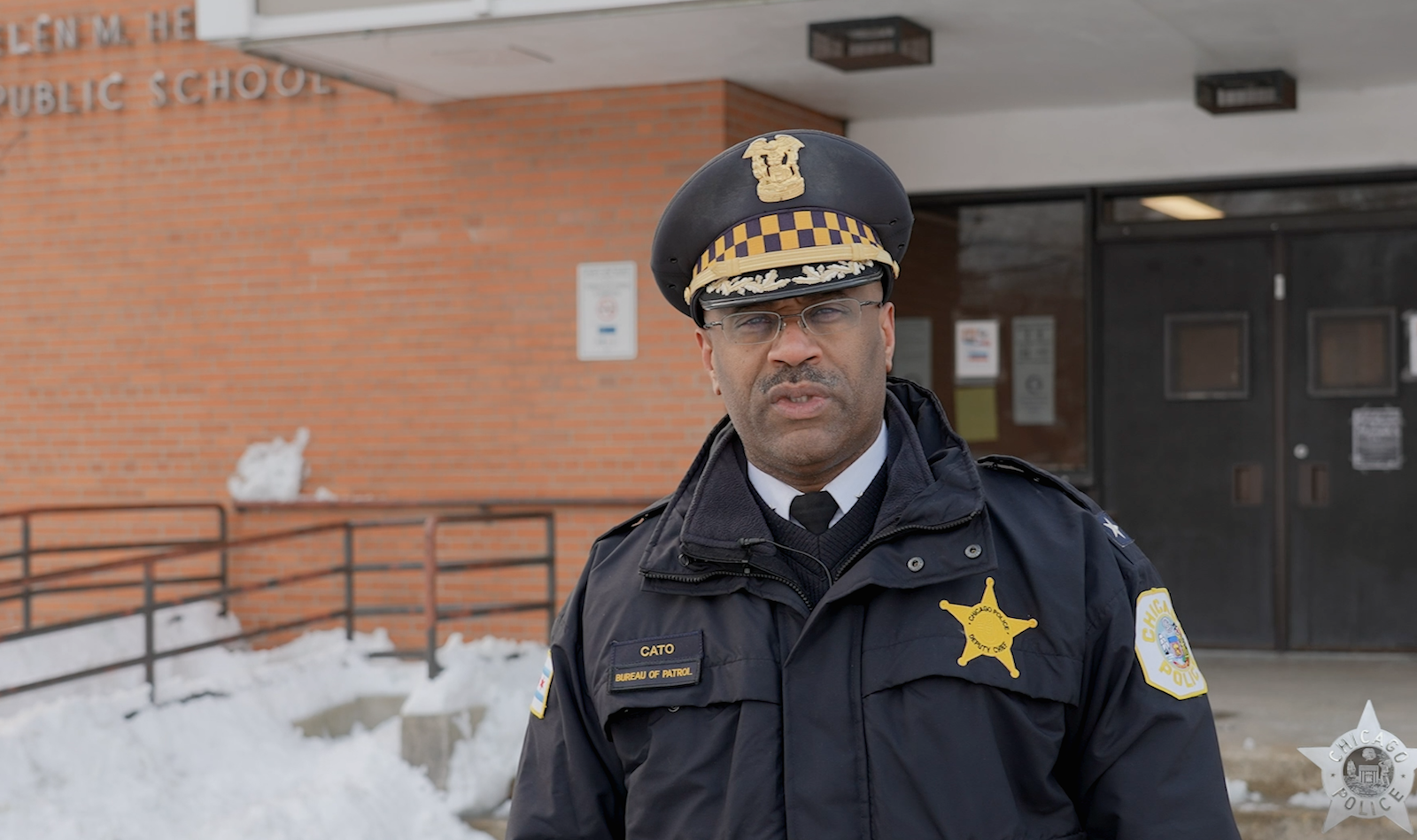 Since joining ABC 7 in 1982, Jim Rose has become a major force in Chicago sports broadcasting. He currently serves as sports anchor/reporter for the station's top-rated 4:00 and 6:00 PM newscasts.

In addition to being one of Chicago's go-to sports authorities, Rose plays a major role in the station's programming specials. He is a contributor to ABC 7's Emmy Award-winning HEART & SOUL, a series of specials that celebrates the rich culture of the African-American community in Chicago. Each August, Rose hosts ABC 7's annual broadcast of one of the largest parades in the country, the Bud Billiken Parade. He also serves as co-host to the station's hour-long, live special, The Chicago Auto Show.

Rose began his career in sports broadcasting while serving in the U.S. Army, acting as sports director for AFN-TV in Berlin, West Germany (1973-75).

Rose is the vice president of the Swan Group, a non-profit group created to give away the "Swan House" to a Chicago area single mother who achieved academic excellence in college. After 4½ years of sweat equity, along with an outpouring of community donations, Rose's hard work came to fruition. In October 2006, he handed the keys of a 2,000 sq. ft. house over to a single mother with two children and a 3.8 grade average. Despite the many honors he has received during his career, Rose considers this "one of his life's crowning achievements." Rose continues to volunteer his time to help many charitable groups and worthy causes throughout the Chicagoland area.

Rose earned a Bachelor of Arts in mass communications from Rhode Island College in 1977. He is the proud father of two children, Jayson and Suzette. Rose is also the "over the moon" grandad to Cora Ann and Carter James. He and his wife, Lakesha, live in Chicago. 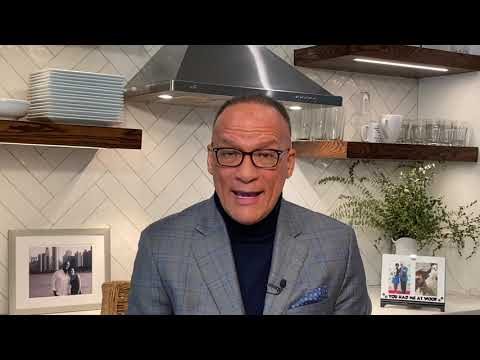 Since assuming office following her historic election, Mayor Lightfoot has undertaken an ambitious agenda of expanding opportunity and inclusive economic growth across Chicago’s neighborhoods and communities, with early accomplishments including landmark ethics and good governance reforms, worker protection legislation, and closing a record $838 million budget gap, as well as key investments in education, public safety and financial stability. Mayor Lightfoot also placed Chicago on the path to a $15 minimum wage by 2021. In response to the unprecedented COVID-19 crisis, Mayor Lightfoot has led a coordinated, citywide response across government, business, and community organizations to effectively address its spread and broader public impact, including the creation of the Racial Equity Rapid Response Team, the COVID-19 Recovery Task Force, among other actions.

Prior to her election, Mayor Lightfoot most recently served as a senior equity partner in the Litigation and Conflict Resolution Group at Mayer Brown. Previously, she served as President of the Chicago Police Board, as well as the Chair of the Police Accountability Task Force. Mayor Lightfoot also served as Chief of Staff and General Counsel of the Chicago Office of Emergency Management and Communications, interim First Deputy of the Chicago Department of Procurement Services, Chief Administrator of the Office of Professional Standards, and as Assistant United States Attorney.

A native of Massillon, Ohio, Mayor Lightfoot has been a resident of Chicago since 1986 and lives on the Near Northwest Side with her wife Amy Eshleman and their daughter 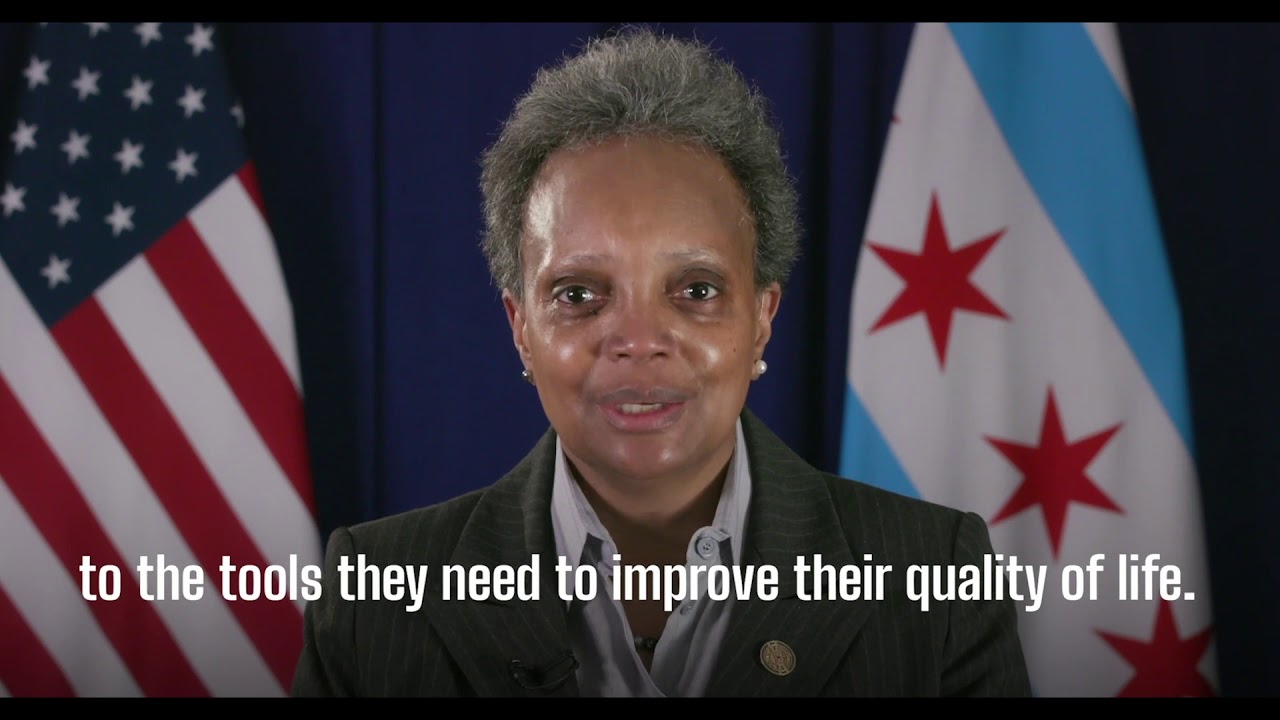 Dr. Eve L. Ewing is a sociologist of education and a writer from Chicago. She is the award-winning author of the poetry collections Electric Arches and 1919 and the nonfiction work Ghosts in the Schoolyard: Racism and School Closings on Chicago's South Side. She is the co-author (with Nate Marshall) of the play No Blue Memories: The Life of Gwendolyn Brooks.

She also currently writes the Champions series for Marvel Comics and previously wrote the acclaimed Ironheart series, as well as other projects. Ewing is an assistant professor at the University of Chicago School of Social Service Administration. Her work has been published in The New Yorker, The Atlantic, The New York Times, and many other venues. Her first book for young readers, Maya and the Robot, is forthcoming in July 2021. 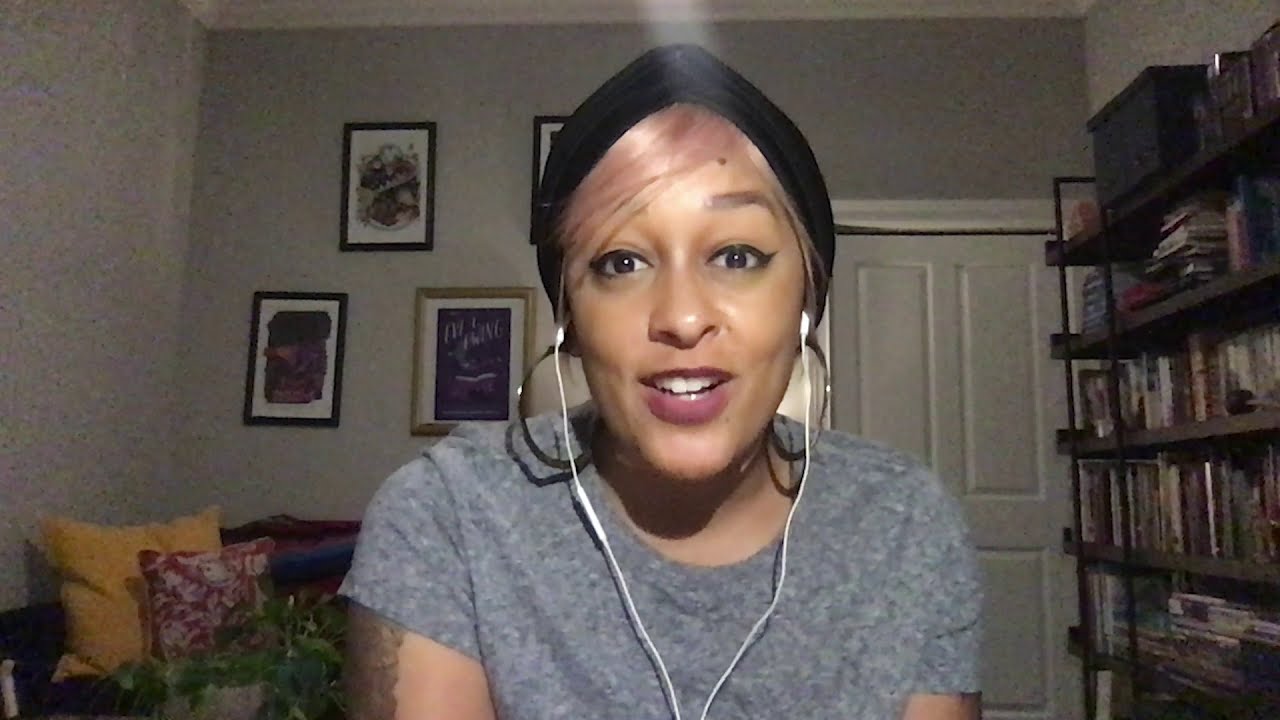 Mr. Huffman currently serves on numerous philanthropic boards and is an advisor and investor for several emerging entrepreneurs. Mr. Huffman holds a B.A. from Morehouse College and a master’s degree and an MBA from the University of Chicago. 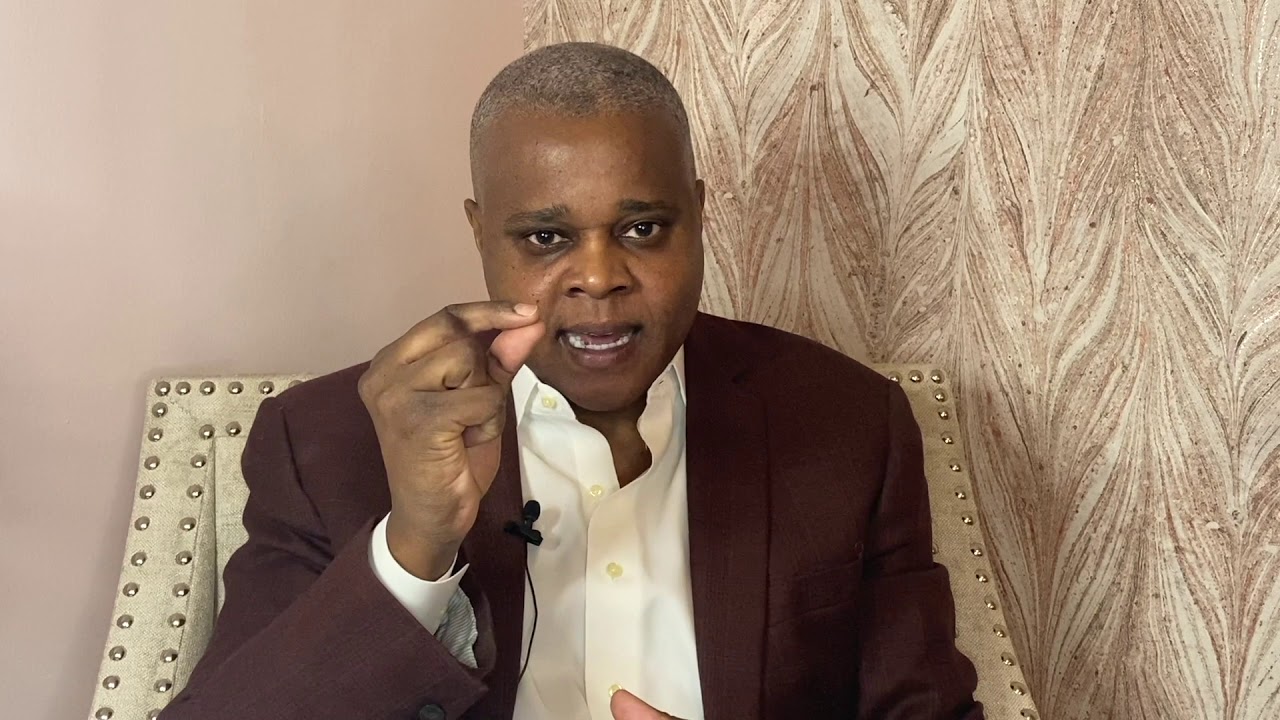 Mr. Derek Brewer is a recognized educational consultant with more than 35 years of experience leading seminars and workshops for thousands of educators and parents. He has worked with school districts in Racine, Kenosha, Milwaukee and Beloit Wisconsin and improved learning outcomes during his tenure as a Milwaukee Public School District Staff Development Specialist. He has been featured in the Washington Post for his dramatic improvement in math test scores for Milwaukee high school students. Dr. Stacy Scott, former Harvard lecturer and current superintendent documented in his book: Making Equity Work, Mr. Brewer’s work with diverse, urban elementary, middle and high schools. 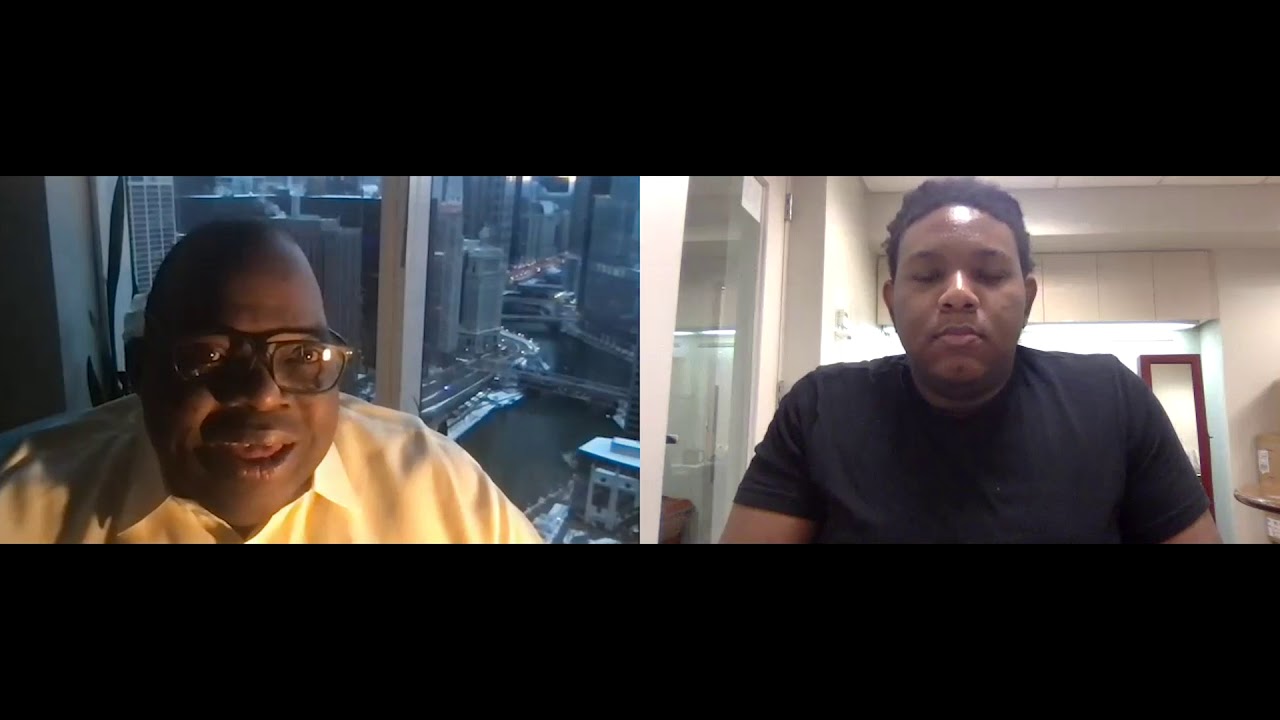 Xavier served as the lead of the Social Innovation and Philanthropy strategy in the University of Chicago's Office of Civic Engagement, managed multi-million dollar philanthropic portfolios to stimulate employment, & worked as a nonprofit Director of Development in Chicago’s North Lawndale community. Xavier is a founding member of the #LetUsBreathe Collective, an artist-activist organization committed to addressing State violence against people of color. He is a Board member of Young Chicago Authors, & the Chicago Center for Arts and Technology. 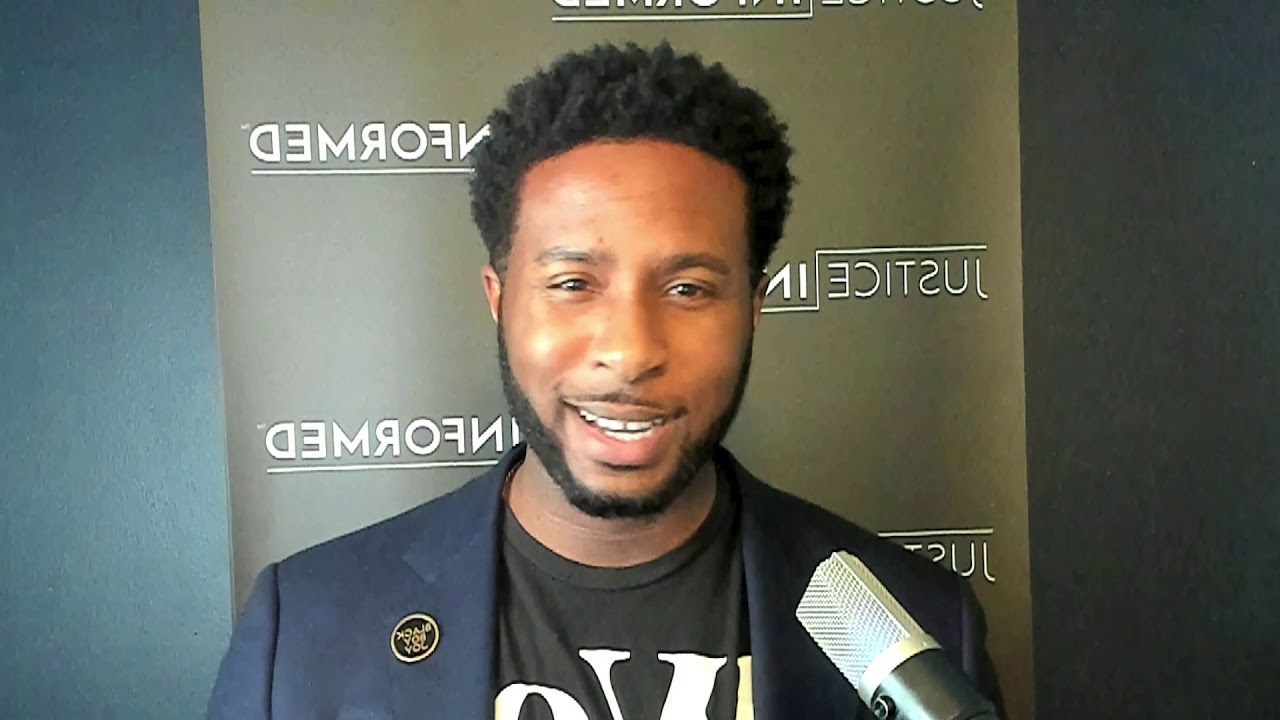 Rhonda K. Brown, President of the City Colleges of Chicago Foundation and Vice Chancellor of Advancement

Rhonda K. Brown has 25 years of experience in fundraising having held lead advancement roles in the private and public sector. She has developed a unique brand for coaching and inspiring hear teams to success by incorporating curiosity and creativity into the work with an emphasis on cultivating and closing major gifts. Brown believes that once you understand the profile of your donors; major gift officers have to get curious and creative while maintaining genuine interest in what connects the donor to the institution. That is how transformational gifts occurs.

Prior to joining the City Colleges she was directing major gifts at the Museum of Science and Industry in Chicago’s $380 million capital campaign, and was Vice President of Development at the Chicago Theological Seminary and at the Joffrey Ballet respectively. Rhonda also led the marketing and communications team at Governors State University as it transitioned from a two-year upper-division university to a four-year full-service university. 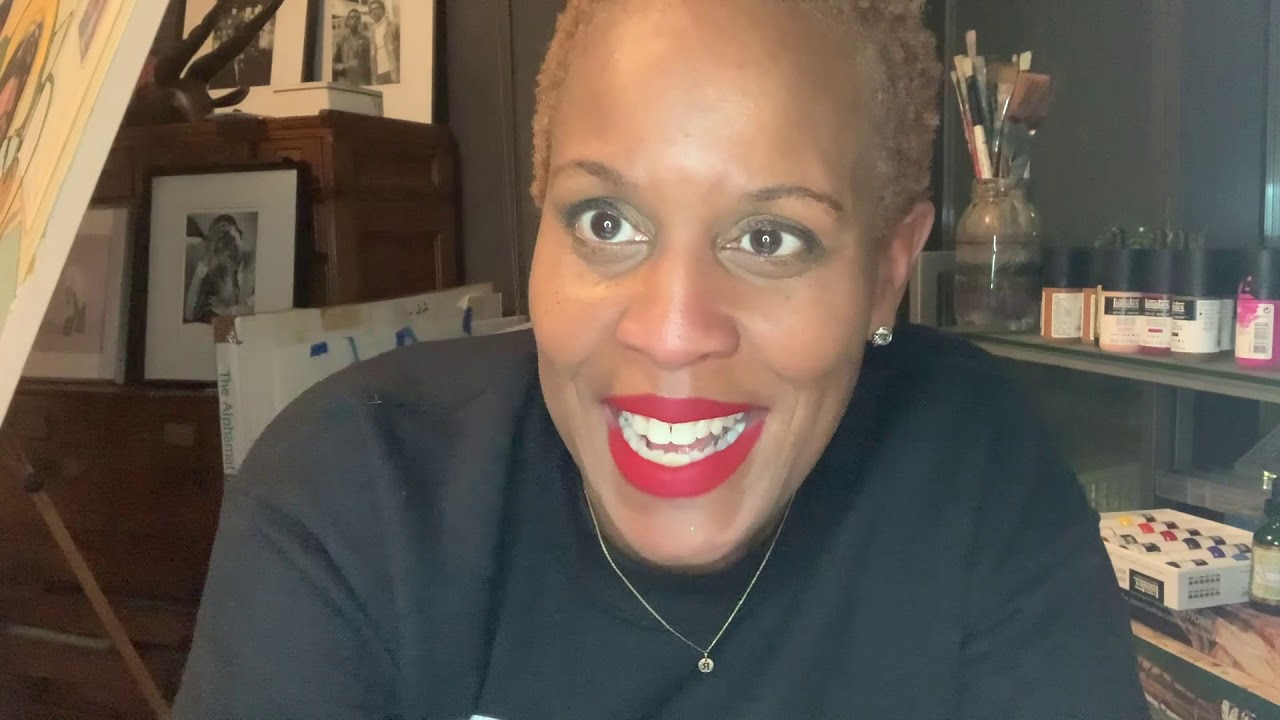 Jermaine Harris is an 18-year veteran of the Chicago Police Department. He currently serves as the Community Area Response Team Sergeant in CPD’s Area Four, where he develops community-based strategies involving law enforcement and nonprofit partners.

Jermaine is a Chicago native who was born on the city’s West Side in the Austin community and is now a resident of North Lawndale. He is a graduate of Whitney Young High School and a United States Marine Corps veteran. 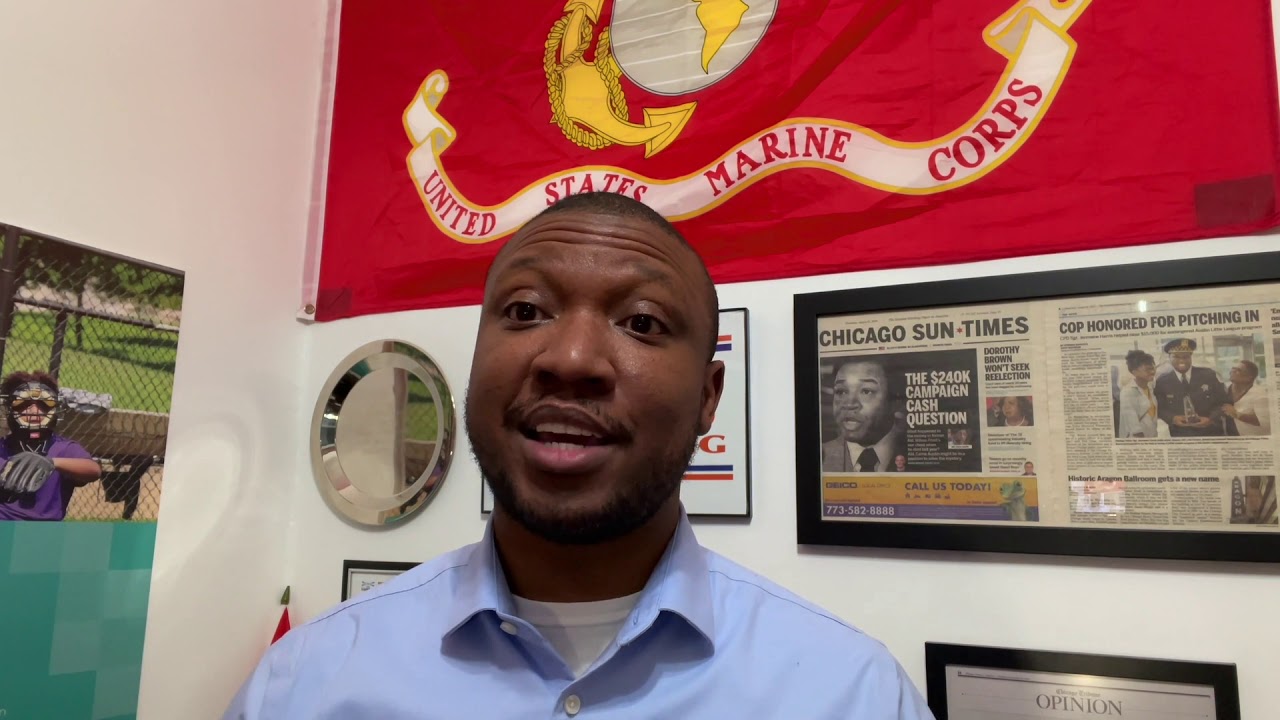 Sylvia has worked on both sides of the microphone, helping nonprofits communicate effectively, implement strategic plans, manage change, and produce events and as an award-winning journalist in radio, television, and print. She was formerly an adjunct professor at Columbia College Chicago, teaching courses on Leadership and Management in the Business and Entrepreneurship Department. Sylvia has developed accessible affordable housing and worked for positive change in reproductive rights and in public education. As a consultant, she has produced countless successful public and private events at venues around the city, as well as raised significant revenue for her clients and employers. Sylvia can be seen on WTTW and around the country as an on-air television host for PBS fundraising specials.

Sylvia has a focus on the use of appreciative inquiry, mission and value-based communications and meeting people where they are. She is particularly sensitive to collaborating with people who have been disenfranchised to help them unleash their full potential and tackle barriers of inequity and injustice. Sylvia helps individuals and organizations to find hidden assets and to build community with others.

Sylvia is an inductee in The HistoryMakers African American archives for media. The Comfort and Joy: Stories of Hope Meditations for Happiness author is also a popular moderator and keynote speaker, reaching thousands of people each year on behalf of various civic and cultural groups. 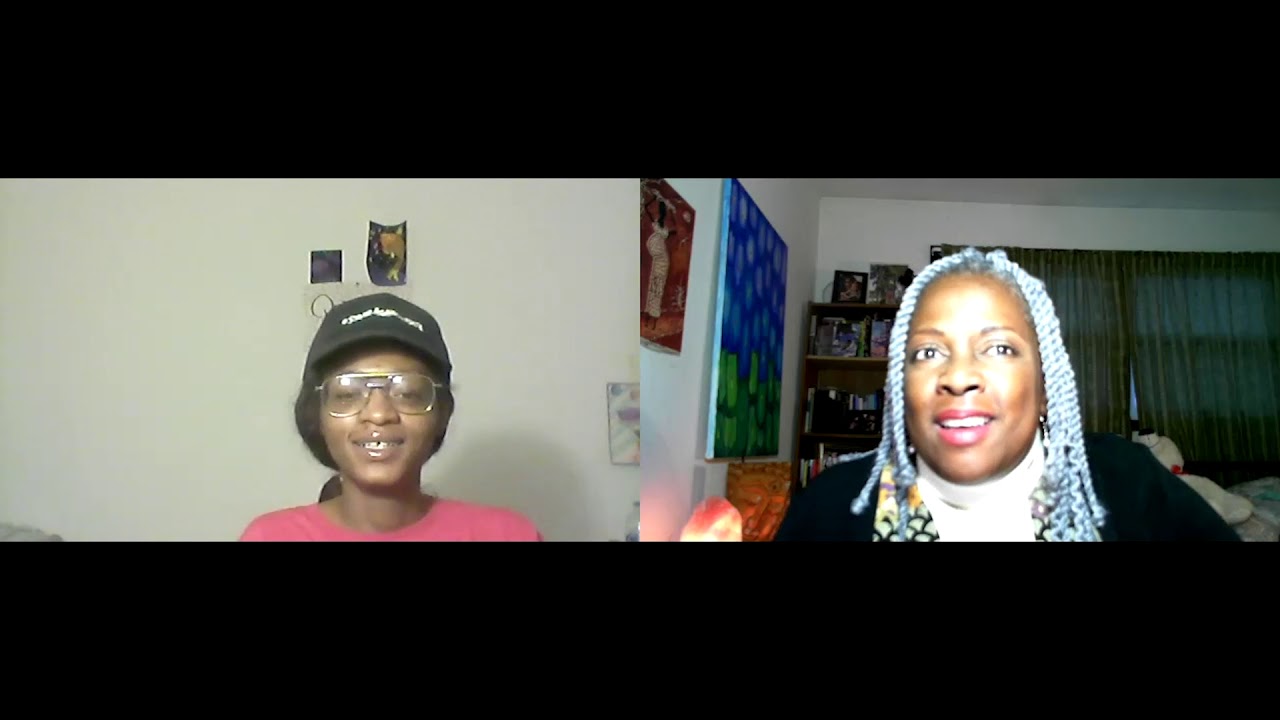 Since the age of 17, Julius has worn many hats while distinguishing himself in the dance music industry. He is a true visionary with infectious energy and amazing taste in music. In 2017, Julius produced his debut album "Perspective". "An album of epic tunes for the dance floor, ranging from soulful vocals, deep to the classic Chicago sound. A wide array of variety and substance” - Osunlade.

Julius' reputation for uniting music communities and launching premiere DJ music events has attracted worldwide acceptance and respect as well. His most recent event production to gain international awareness is Mi Casa Holiday (MCH). In 2009, Julius and business partner Jenn Hurst bridged DJ entertainment with unique travel concepts to co-found MCH (Mi Casa Holiday - www.micasaholiday.com). In 2012, MCH achieved sold-out status, and since has evolved into the world’s premier travel and music community. Stay tuned for the next wave of JtMT! 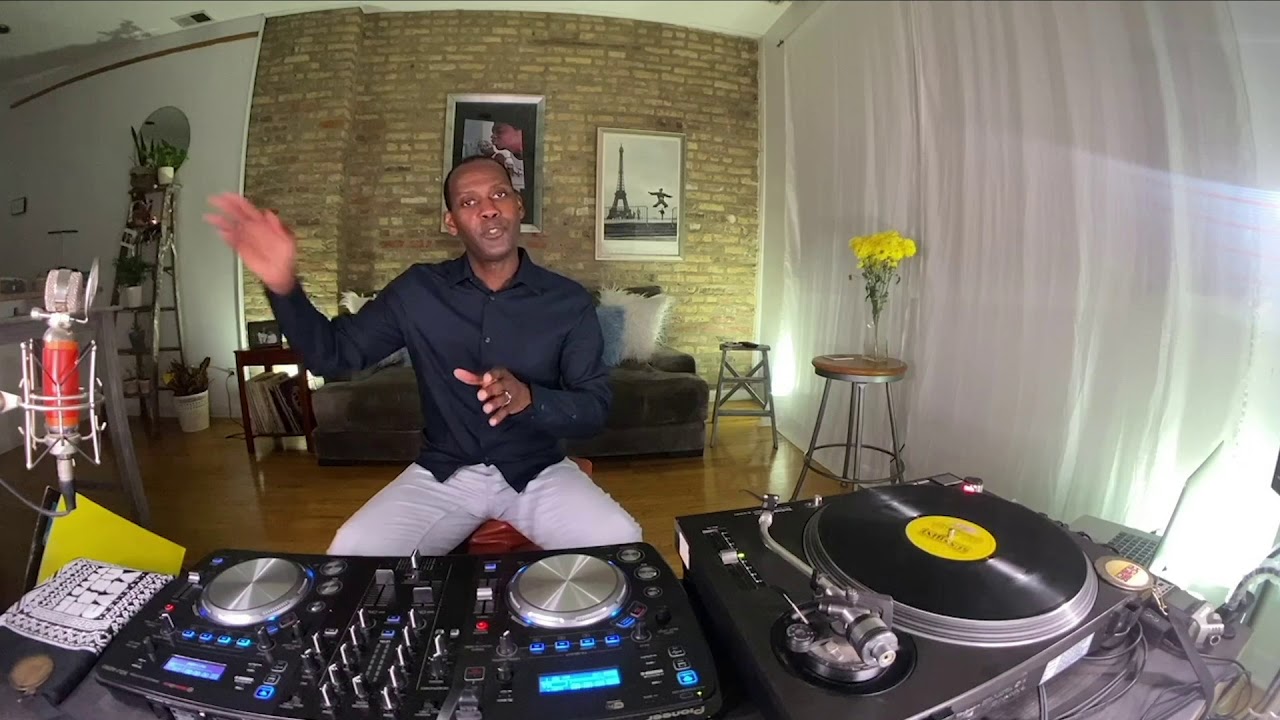