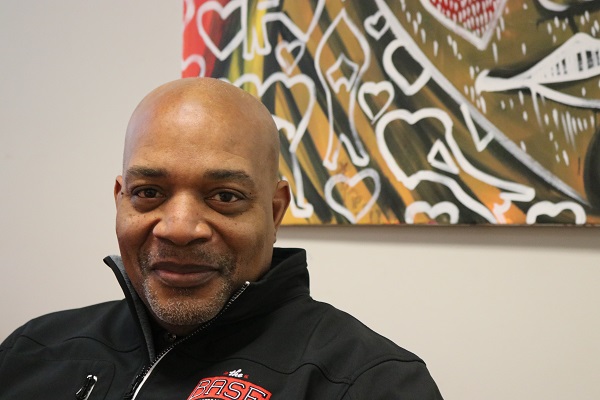 Meet Eric Davis, who was first introduced to BUILD as a kid living in the Uptown neighborhood in the 1970's. Eric came from a large family – 9 sisters and 2 brothers – and since his parents were worked all day, they needed to find a way to keep their kids busy. Any time BUILD held basketball or softball programs in his neighborhood – that's what they would do. He remembers seeing BUILD staff intervening with some of the gang-involved teenagers; finding them work and other positive activities. At the age of 13, Eric was shot while hanging out with a friend who was affiliated with a gang. “Getting shot in 1974, and seeing kids get shot – it’s not new,” Eric said. “The only thing I thought is we would have figured out how to fix this by now.” Eric has spent much of his life trying solve the violence in Chicago. He served as a Chicago police officer for 27 years, and today he is the Executive Director of The Base Chicago, an organization that works with youth by blending sports and education. Listen to Eric's interview on our 50 Years of Stories podcast. Listen to Eric's interview on our 50 Years of Stories podcast.