“True wealth is not measured in money or status or power. It is measured in the legacy we leave behind for those we love and those we inspire.” - Cesar Chavez 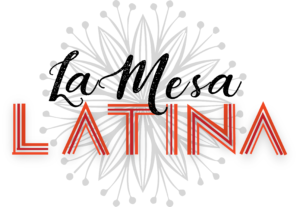 Welcome to the 2021 La Mesa Latina

In celebration of Hispanic Heritage Month, BUILD is proud to present La Mesa Latina, a unique event that brings together many of Chicago’s most accomplished Latin leaders to share their stories with promising Latin youth from across metropolitan Chicago.

There’s nothing as powerful as a good story – especially when it is true. If a young person asked to hear the story of your life, what would you say? What dreams and aspirations drove you when you were young? What are the experiences – the triumphs and the challenges – that shaped your path to success? Who taught you what it means to be a leader?

What legacy do you want to leave behind? La Mesa Latina highlights some of the many ways success is possible, while providing an unprecedented look into the hearts and minds of exceptional role models. It is also a rewarding opportunity for the leaders of today to coach the leaders of tomorrow about what it takes to be successful, to overcome challenges, and to generate impact today and a legacy for tomorrow. 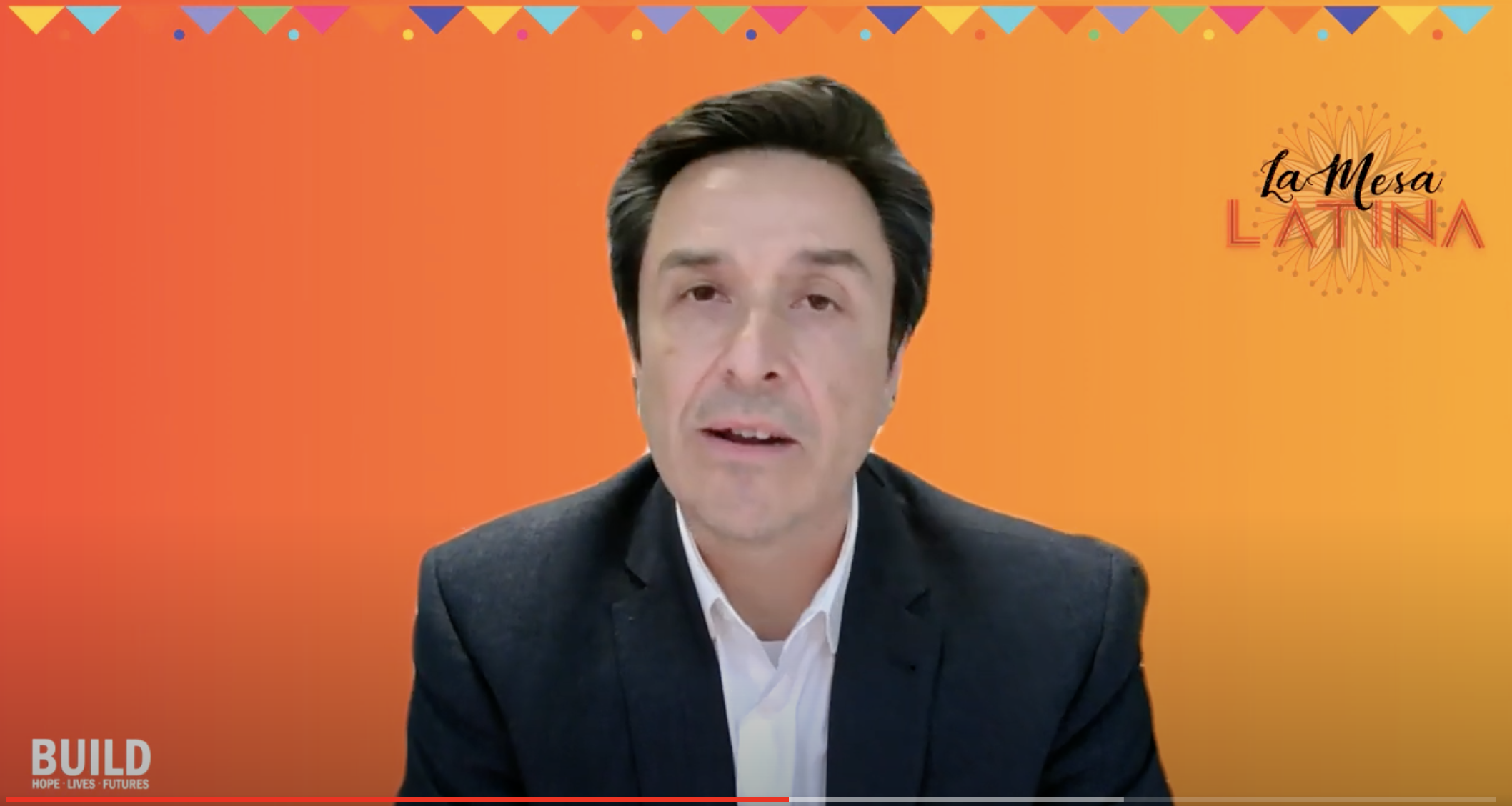 Alicia is from Chicago (Pilsen & Little Italy neighborhoods) and is the Executive Director of Chicago Cubs Charities.  In her current role, Alicia oversees Cubs Charities philanthropic and programmatic investments in Chicago communities and provides strategic direction for elevating the power of sport as a vehicle for improved health, academic success, and leadership development.  Alicia transitioned to the Cubs in May 2018, after serving for ten years as the Founding Executive Director of Chicago Run, a local non-profit that provides free sport-based youth development programs to over 18,000 Chicago Public School students and the Cook County Juvenile Detention Center. Prior to Chicago Run, Alicia served as the head of Hispanic Business Development for First American Bank, where she oversaw the expansion of private-public partnerships in the Latino community.

Alicia’s roots are in the community and prior to working in the private sector, she held positions as a community organizer and youth development program director in both Chicago and Boston.  Alicia serves on the Board of Directors for the YMCA Metro Chicago and Heartland Alliance. Alicia was recognized by Crain’s Magazine as a 40 Under 40 in 2017, is a recipient of Erie Family Health’s 2019 Health Innovator Award, Streetwise’s 2018 “20 Most Inspiring Chicagoans” Award, the 2017 Chicago Cubs Roberto Clemente Community Leader Award, the 2016 President’s Council on Fitness, Sports, & Nutrition Community Leadership Award, and the Latina Entrepreneur of the Year from the Chicago Latino Network. Alicia is a graduate of Stanford University Business School’s Non-Profit Executive Leadership Program, a German Marshall Memorial Fellow (2016), an American Express NGEN Fellow with the Independent Sector (2014), and a Fellow in the 2011 Leadership Greater Chicago Class.  Alicia graduated with honors in Latin American History from Brown University. 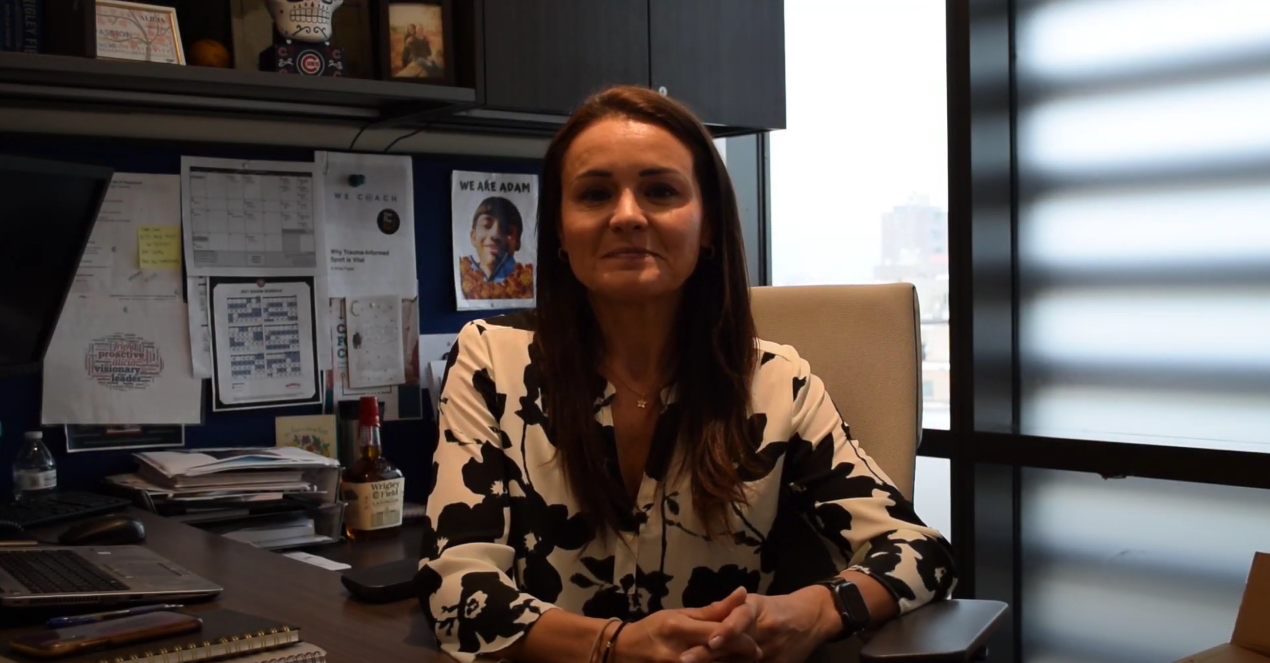 Blanca Rios graduated from Northern Illinois University and was born and raised in West Chicago, Illinois. Blanca has more than 20 years of experience in television news. Her journalism career began as a Field Producer for Telemundo Chicago.  She has since worked at Fox 32 Chicago, Univision Chicago and now works for ABC 7 Eyewitness news Chicago as of 2003. Blanca’s versatility allows her to be utilized in various roles at ABC 7.

Her connection to community issues has lent to her success as the station’s longtime Assignment Desk Editor. But her talents and skills have led to her recent shift to Digital Producer and News writer.  Blanca has also been a leader for Latino journalists, having served as a past Chicago Chapter President of the National Association of Hispanic Journalists. She now serves on the national board as NAHJ Secretary. 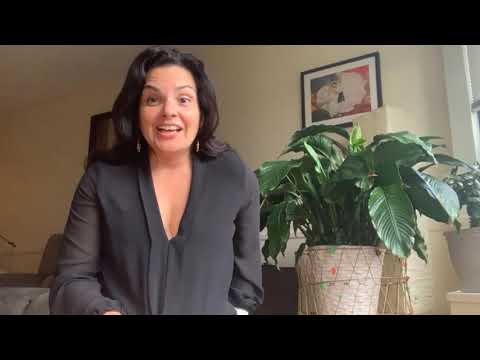 He was a member of the UIC Campus Alumni Advisory Board, chair for the Campus Alumni Awards committee, and member of the UIC dental alumni board as well as a trustee for the Chicago Dental Society North Side Branch and trustee for the Illinois State Dental Society. He has received numerous awards including the UIC trailblazer award, a community leadership award by the Chicago Southwest Chamber of Commerce, and was selected as a flame torch bearer at a UIC Flames basketball game. Dr. Romo extensively attends continuing education courses to provide his patients with the latest trends in dentistry.

He is married and has three boys and a girl. Dr. Romo is a die-hard Cubs fan. In his free time, he enjoys tennis, golf, and running. He completed the Chicago Marathon in 2009 and 2010. Throughout high school, college and dental school, Dr. Romo was a Disc Jockey at multiple night clubs and a radio station (90.5 FM, WCYC). He was routinely featured at numerous concerts and festivals. His DJ name was Gino “Rockin” Romo. 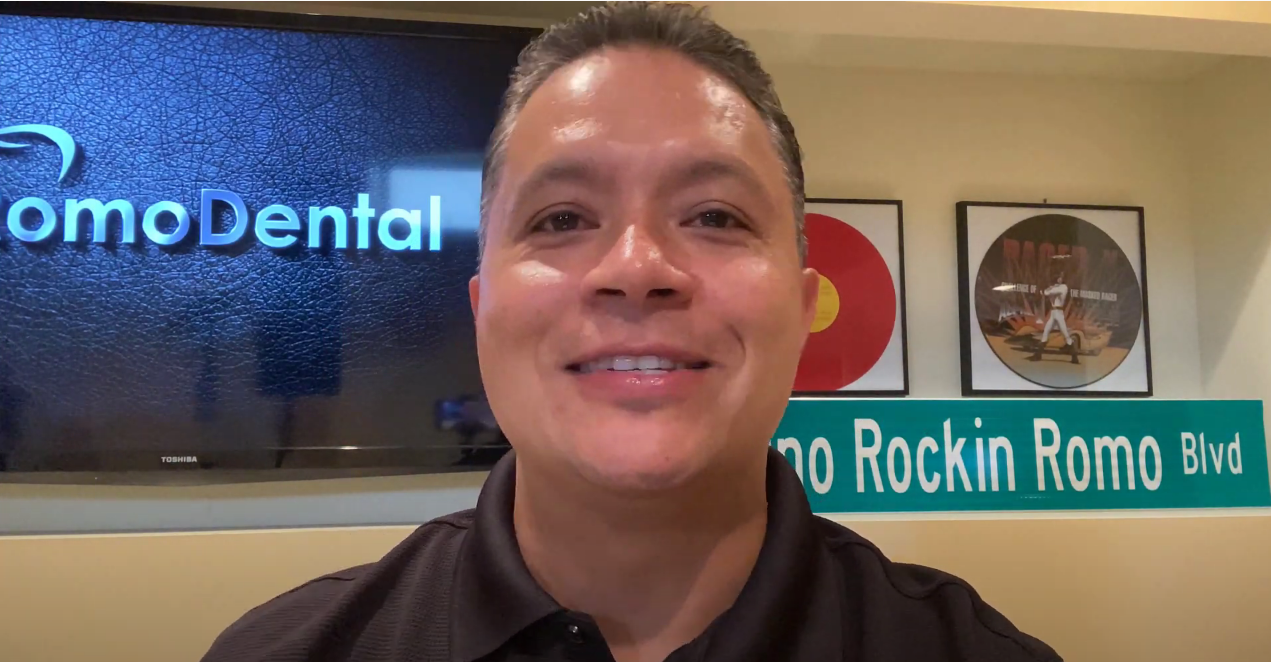 Marcelino Garcia is an attorney with expertise in local and international governments, healthcare and community affairs. He is a public servant who has spent years helping people address their legal difficulties through his public interest law work. He also works arduously to bring resources to communities to ensure their economic and health development. Marcelino is the Director of Community Affairs for Cook County Health, the nation’s third largest public health system. He is also a Partner with Overseas Strategies, LLC an international business development consulting firm that helps small and medium sized companies with the logistics of import/export and market development.

Marcelino worked with management and budgets at the State of Illinois to ensure that entities run properly and to avoid waste at all cost. His work also focuses on ensuring that Chicago and Cook County are recognized as a true international city with the many different business and cultural attributes that the city and region have to offer. Marcelino has many years of international business development experience having worked as Senior Manager of International Relations for Chicago 2016, the Olympic Candidacy Committee and as Assistant Managing Director of the Illinois Office of Trade and Investment (OTI) where he worked with Illinois companies looking to export to new markets in the Americas, Africa and the Middle East. 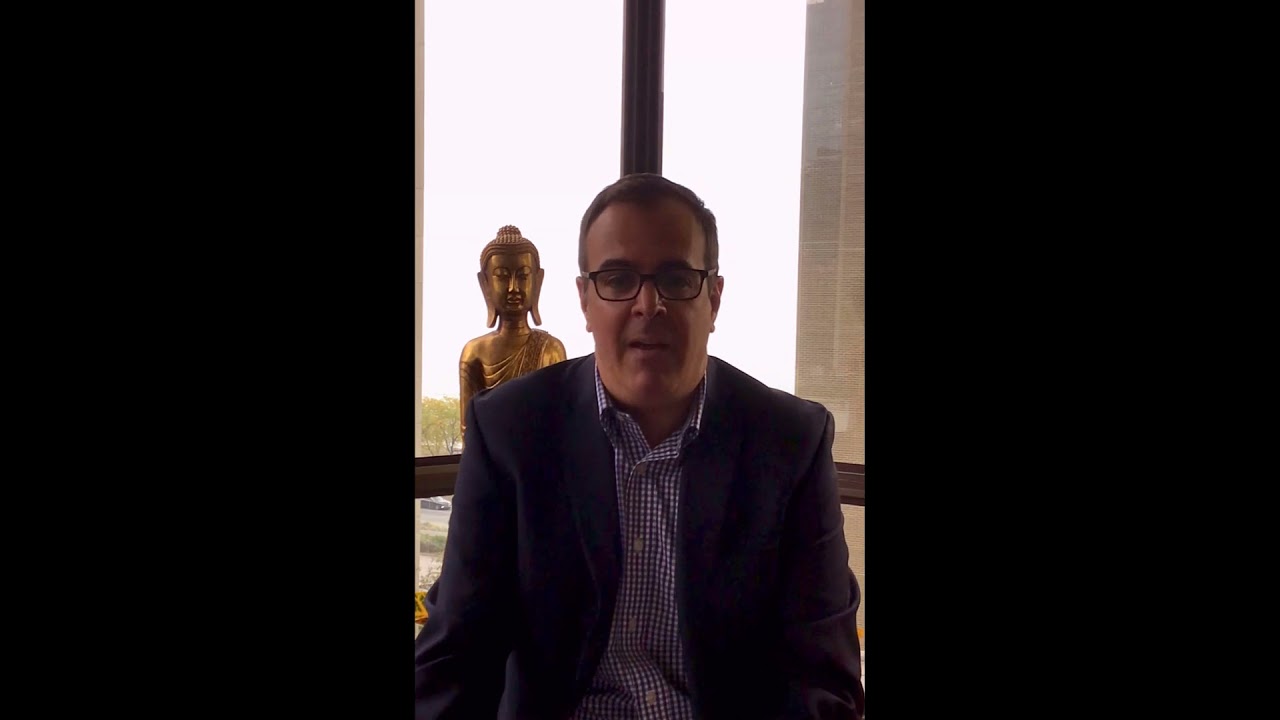 Lisa Chavarria joined the NBC 5 team as a general assignment reporter in June of 2017. Prior to joining NBC 5 Lisa spent 5 years as a reporter and fill-in anchor at the FOX affiliate in Chicago. Chavarria came back to Chicago after spending several years in newsrooms around the country. She started her career at WPBN-TV in Traverse City, Michigan. She then worked for WTVF-TV in Nashville, Tennessee and KHOU-TV in Houston, Texas.

Lisa Chavarria is no stranger to the city. She is originally from the South Side of Chicago, though she grew up in west suburban Berwyn. She graduated from Columbia College Chicago with a bachelor’s degree in Broadcast Journalism. Chavarria said returning to NBC Tower felt like a true homecoming as she interned with the NBC News bureau.

Chavarria is also a member of the National Association of Hispanic Journalists. 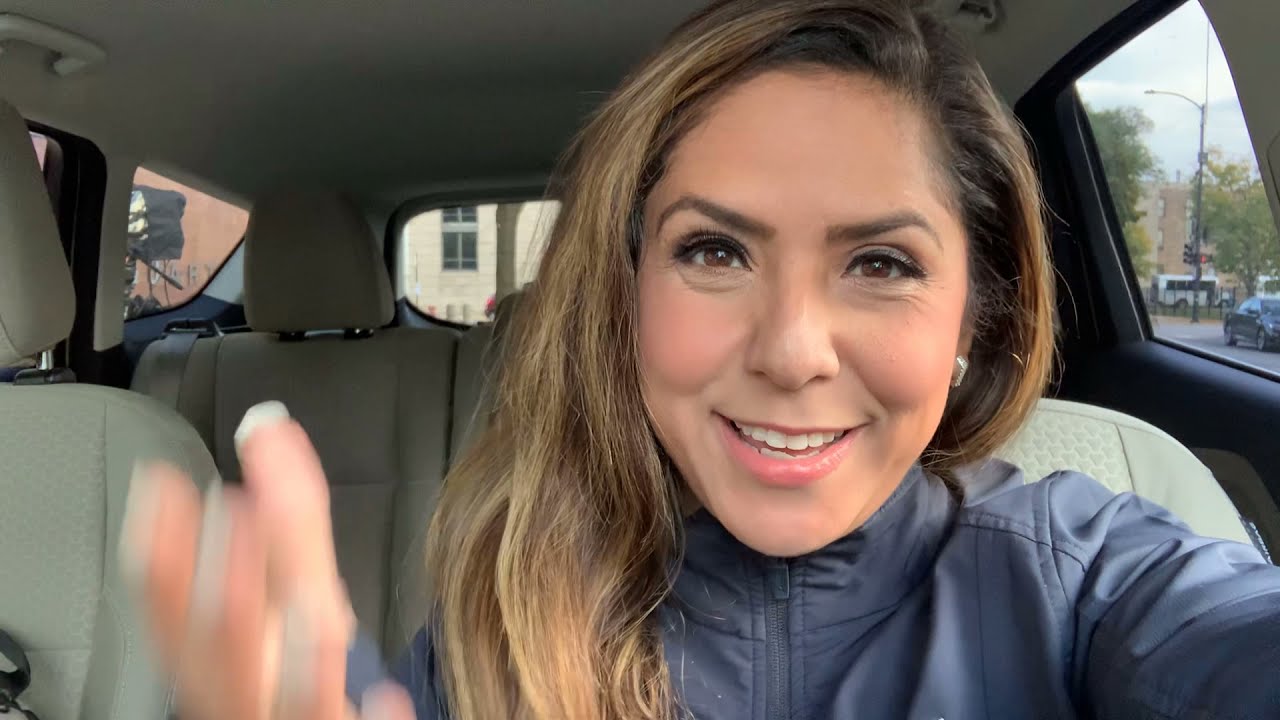 A Chicago born and raised Comedy, Music and Theater producer. Mike Oquendo produces and stages over 80 shows a year in the Chicagoland area and across the country.

​He has previously served on the Board of Trustees for The Recording Academy which created the very first Latin Grammy Awards. He is a concept contributor on 3 HBO Latino specials and produces a Community Partner Night, that raises over $80,000 annually for deserving not-for-profit organizations.Mike is one of only a handful of Latinos to have trained at New York’s “Commercial Theater Institute” and his productions have played in theaters in Florida, New York, New Jersey and Connecticut.

His recent off-Broadway production of the one-man show "Made in Puerto Rico" featuring Comedian, Eli Castro, whom sold out for 7 straight weeks in New York City, and is set to open in April 2021 at the John F. Kennedy Center for the Performing Arts.

​Mike is also proud to sit on the Board of the Chicago Latino Theater Alliance which produces "Destinos" a world-class theater festival. 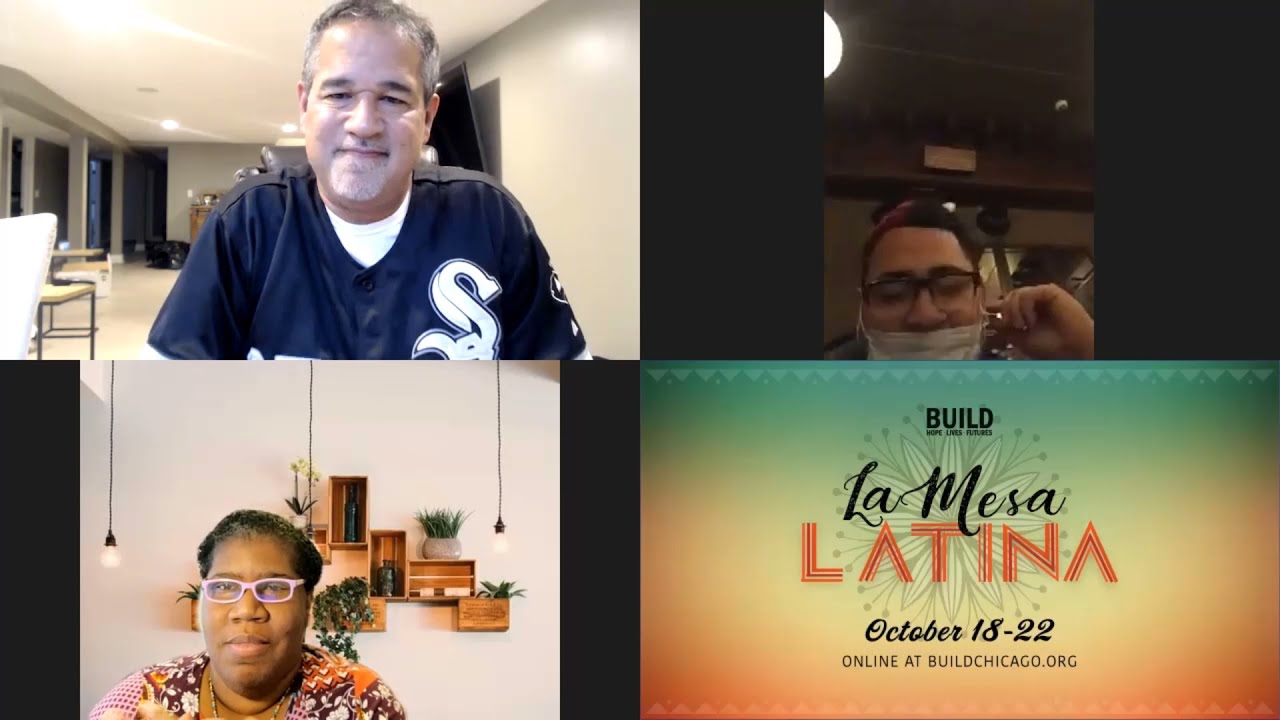 Dr. Melissa Lewis, a mother to two wonderful children, and a devoted wife to a supportive and loving husband, is a lifelong member of Humboldt Park.  She attended DePaul University and earned her Bachelor's in Education and later National Louis University for her Double Masters in Curriculum and Instruction and in Educational Leadership.  She also recently earned her Doctorate of Educational Leadership. As a practitioner, Dr. Lewis cultivates a community of resilience that meets the needs of students and families as a policy approach to dropout prevention.

As a proud product of the Humboldt Park community, she knows firsthand the difference a quality education can make in the lives of young people. An education is an opportunity that each and every young person deserves and community schools are the pillars of hope and change for each family that walks through the doors. Dr. Pedro Albizu Campos Puerto Rican High School  is a staple of the community and as Principal of Albizu Campos she hopes to continue to build on the school’s strong mission. 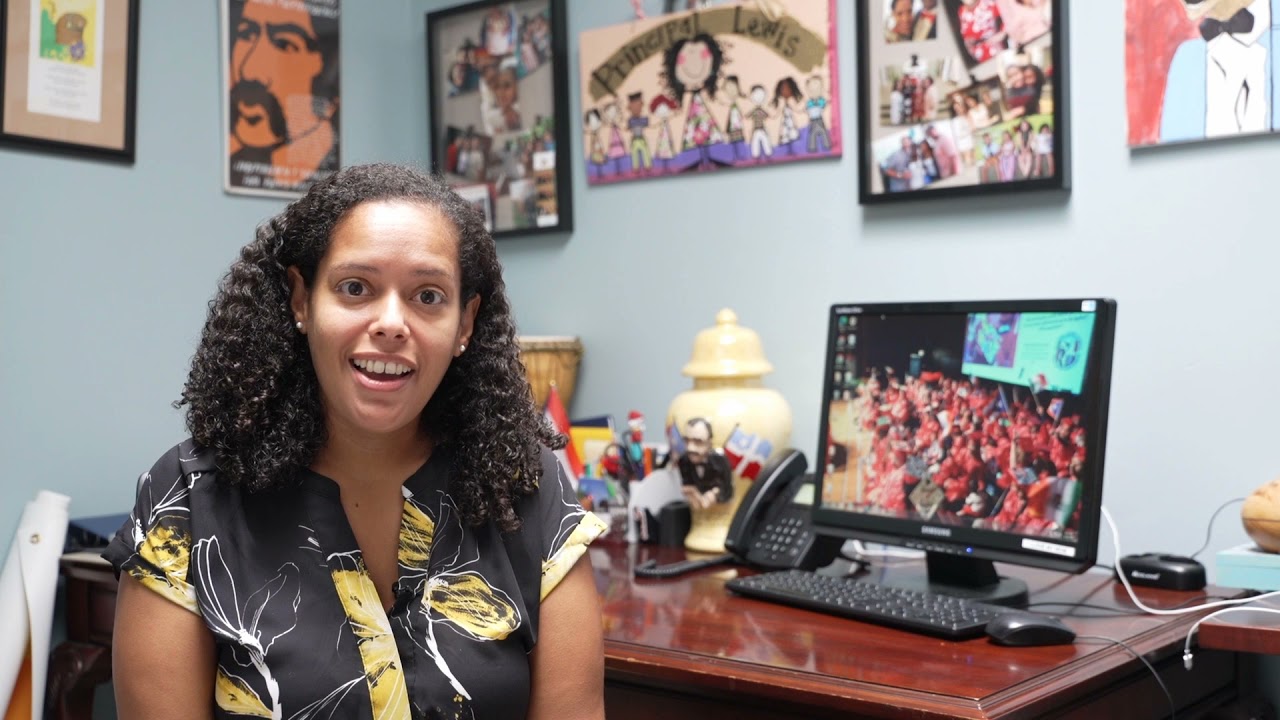 In 2010 he launched JGMA with the sole purpose of positively impacting Chicago’s diverse communities. Since then, JGMA’s designs have helped to create a culture of change in many of these disadvantaged communities by bringing an architecture of dignity and profound transformation. These award winning works include the Northeastern Illinois University El Centro Campus, the UNO (ACERO) Soccer Academy, and the Esperanza Wellness Campus which was recently recognized as the Building of the Year by American Architects in 2021. Now in their 10th year, JGMA has become one of the largest latino owned architecture firms in Chicago with plans to expand to other locations. In 2020 JGMA broke ground on their first project in Colombia, the Bogota Arena, which will become the largest music venue in Latin America when complete.

JGMA has been recipient of numerous awards and recognition since its inception. Awards include such notable organizations as the American Institute of Architects and the Society of Colombian Architects (USA).. In addition, JGMA’s work has been described by Crain’s Business as “transforming Chicago’s architecture, by Architect Magazine as one of the “Top 50 Design Firms,” by the American Architecture Prize as the “Firm of the Year” in 2017 and by AXXIS Magazine as one of the 50 “Design Personalities of Colombia” for 2017.

Juan Moreno’s personal dedication to community and social justice has also been recognized in Chicago and Colombia. Mr. Moreno had the honor of being recognized by Colombian President Juan Manuel Santos as one of the “100 COLOMBIANOS” for 2013 and was a recipient of the 2013 “PIECE” Award for International Excellence which recognizes Colombians working outside of the country and making a difference in the lives of children and families. 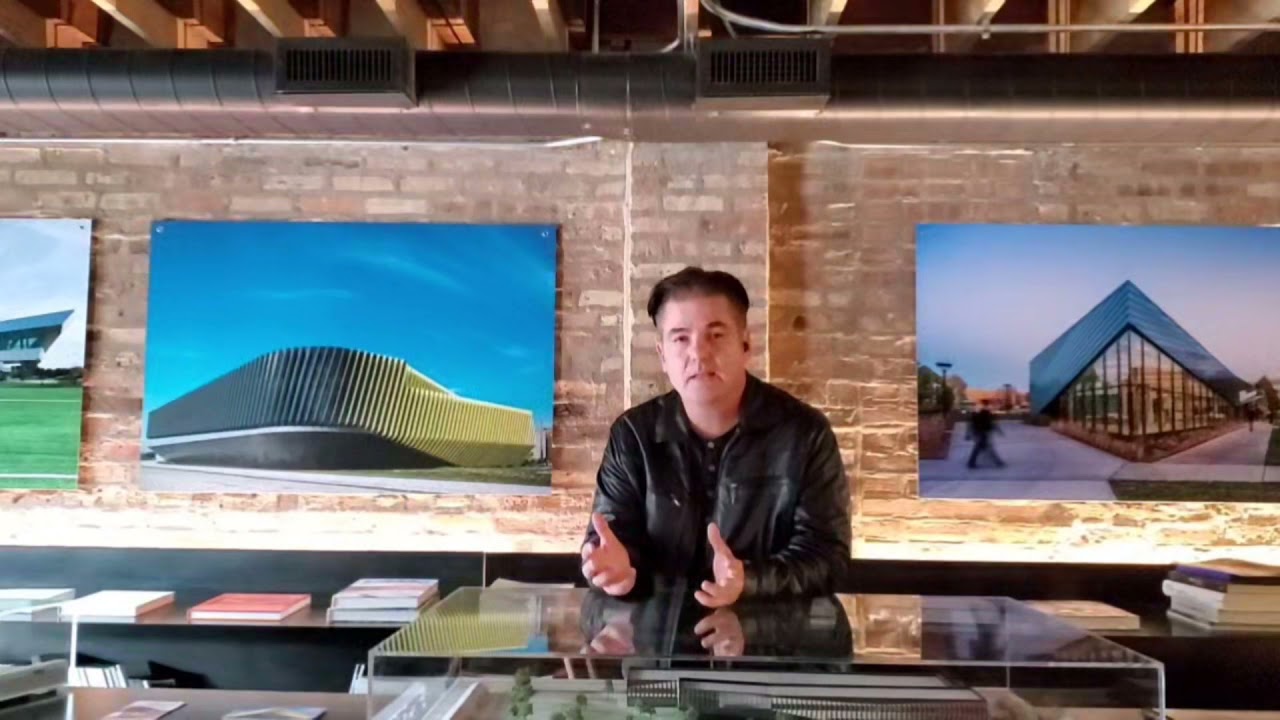