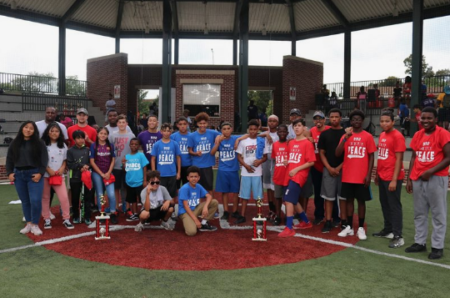 It was a hot day at the ballpark on August 2 when BUILD celebrated its 40th edition of the Peace League Softball All-Star Game. The tradition lived on at Little Cubs Field in Humboldt Park this year and served as the culmination of BUILD’s summer long softball league, known as the Donna Dudley Peace Project. 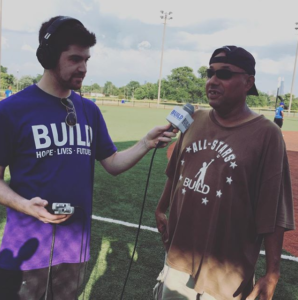 The Peace Project provides an opportunity for at-risk youth to use sports as a way to socialize, avoid negative influences and build self-esteem throughout the summer. Perhaps nobody knows the importance of BUILD’s Peace League and all-star event more than Heriberto “Coco” Calixto (pictured right). Coco is part of the BUILD family and has been involved with the Peace League All-Star event for 35 years.

“BUILD has been using softball as an avenue to reduce violence; reduce gang-banging,” said Coco. “It’s an activity that the youth that we work with have an interest in. So we use the interest and get them involved in big events like this.”

BUILD youth participants, parents, staff, alumni, community members and the Chicago Police Department spent the day enjoying softball, music, food, and art. Four separate softball games took place throughout the day: the grammar school all-star game, the high school all-star game and the BUILD alumni vs. staff all-star game. As a grand finale, the Peace League all-stars squared off in a game against the Chicago Police Department. This game is designed to help change the narrative between law enforcement and community members by allowing them to connect on a human level in a relaxed environment. 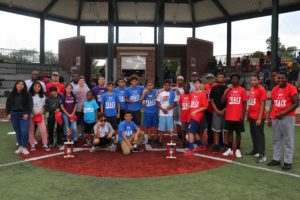 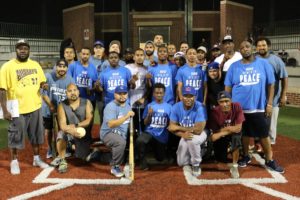 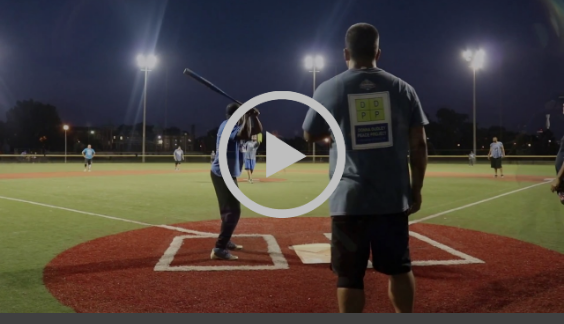 Charlie, a member of the CPD all-star team this year and last year, feels this game is an important tool in building relations between law enforcement and community. “Just get everyone from different backgrounds and just come out and have fun; get the fans interacted with us and everything like that,” Charlie said. “I think it’s really good for everyone to come out and do this.”

BUILD Creative Arts Assistant Adolfo Tolayo has been part of the Peace League All-Star event for eight years, and he too recognizes the importance of this game. “Every time, it’s really, really exciting because the gangs vs. cops – it’s really fun to see that because you always hear gangs fighting with the cops, or shootouts with them or something negative with the cops and the gangs,” Tolayo said. “And what you see here is like, cops and gang members are actually playing a peaceful game of softball – that’s just amazing.”

In addition to the softball games, the Peace League All-Star event provides an opportunity to recognize a special person with exemplary service to youth and community by presenting them with the Cali Award. The Cali Award is named after Chicago police officer Joseph Cali, who was killed on May 19, 1975 while issuing a parking ticket on the Near West Side. Cali was engaged in the community and played a tremendous role in changing the lives’ of young people. This year’s recipient of the Cali Award was Patricia Harris, the Owner and Operator of Mrs. Pudding’s Daycare. 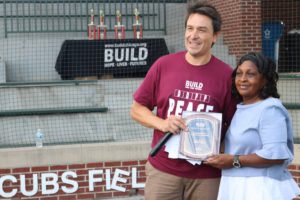 Harris, who is known in her community as Mrs. Puddin’, helps keep her neighborhood clean by doing a weekly cleanup, is an active member of her church and assists the homeless in her community as well. She is also taking a lead role as an advisor for her block club. It was a fun and exciting day for the entire community at this year’s Peace League All-Start event, and here at BUILD, we are excited for the next 40 years of this proud tradition. Events like this allow us to provide a safe environment where people of all ages and backgrounds can come out and enjoy themselves without the threat of violence.

For BUILD Case Manager Lorenzo Logan, the positive energy produced at this event is something he feels people can carry with them beyond just this one day.“I see love, I see excitement, I see involvement, I see enthusiasm, I see life, I see light. And it’s a good feeling,” Logan said. “For you to take that energy right here and put it back into the community, back into families – and it becomes a reciprocal effect.” 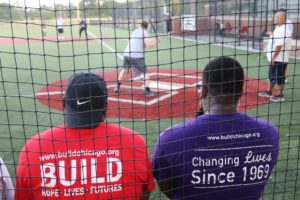