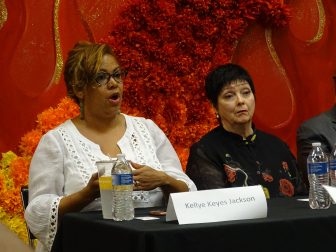 About 40 residents, local leaders, judges and several others discussed the functions of a community court and the logistics of how one could be established in the neighborhood at BUILD Chicago’s offices, 5100 W. Harrison St.

Boykin said he decided to hold the meeting after people throughout the 1st District expressed interest in starting a community court in Austin.