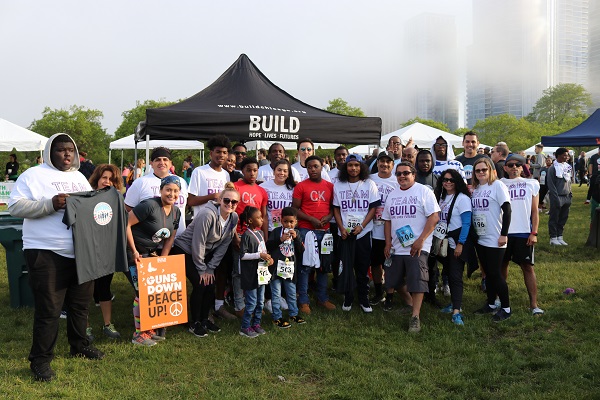 On June 6, BUILD youth and staff put on their running shoes and headed to Grant Park for the Race Against Gun Violence. Nearly 2,000 people participated in an 8k, 5k, or 2-mile walk in an effort to create awareness about gun violence and bring peace to the city of Chicago. The race was hosted by Strides for Peace and BUILD was among several different community partners involved with the event.

In addition to running, those in attendance came together for peace through music as well.

“We turn to music to express what the Race Against Gun Violence is all about – why we run,” Strides for Peace Executive Director Mary Stonor Saunders told the crowd. “Music can create a space where we can come together and share humanity.”

Musical performances included rapper and Chicago native Vic Mensa and the Civic Orchestra of the Chicago Symphony Orchestra. A woman who lost her son to gun violence shared her story, and a song written by her other son was performed as well.

After the race, BUILD youth shared some of their thoughts about what it will take to bring an end to gun violence in the city of Chicago. 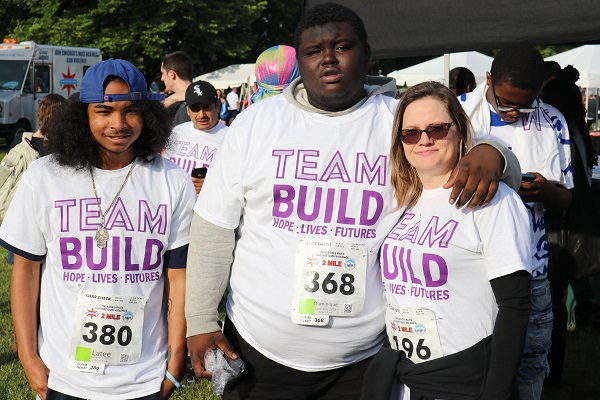 “What I really think it will take to stop gun violence is more opportunities for people on the streets, like more jobs,” said Domonique, a BUILD participant. “And probably a peace treaty – to sit down with other gangs and see what’s really the beef and why they’re in that situation.”

“More opportunities, more jobs – because most people are out there to hustle and make money,” said Latee, another BUILD participant. “And if we got more jobs, like BUILD, we can get a lot of people off the streets doing positive things with their life to make money, instead of the negative.”