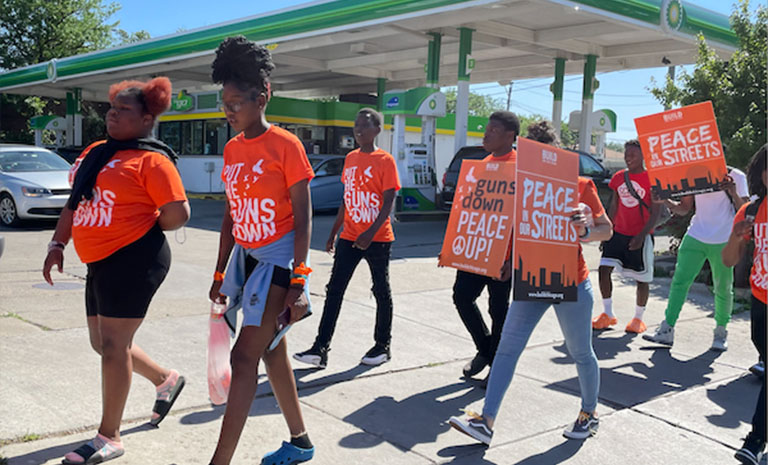 Kaylah Ester, a student at Michele Clark Prep Magnet High School, marched Friday with at least 100 others to protest gun violence that occurs in Austin and throughout Chicago’s West Side.

“It’s important because I feel children should have a future,” Kaylah said.

So far this year, 48 shootings have been reported in Austin’s 15th Police District, according to the Chicago Police Department’s data (as of June 5). Fifteen people have died as a result of a shooting in Austin, according to the Sun-Times.

Her sentiment echoes the plea for justice and an end to gun violence shared by other students and parents, teachers and community organizers who took to the streets in Wear Orange events across the county on June 3.