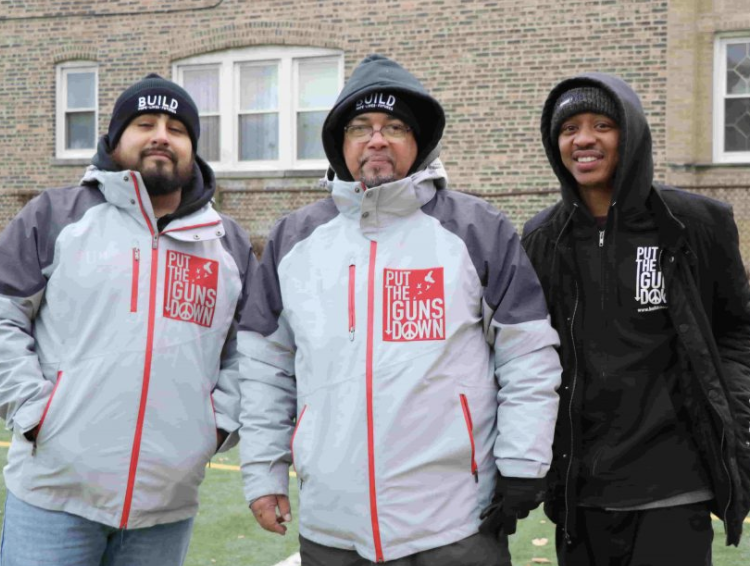 CHICAGO — It’s the day before Thanksgiving and a group of young and old men have come out to play football as a part of their “turkey bowl.” When a police car passes by, the officers wave and smile at the players. One of the older men waves back and shouts, “Blow the siren as if you mean it!” and the cops honk and blow their siren prompting howls and cheers from football players.

These players are members of BUILD, an organization that works with youth who have had experiences with the criminal justice system in some of Chicago’s most challenging neighborhoods. The main aim of the organization, which turned 50 earlier this year, is to introduce kids in neighborhoods including Austin, East Garfield Park, Humboldt Park, Hermosa/Logan Square, and Fuller Park, to a world without violence, one without guns and help them see a future for themselves. BUILD, by its own count, has helped 2,553 youth, mediated 152 gang conflicts and maintained a 97% promotion rate for its high school students.