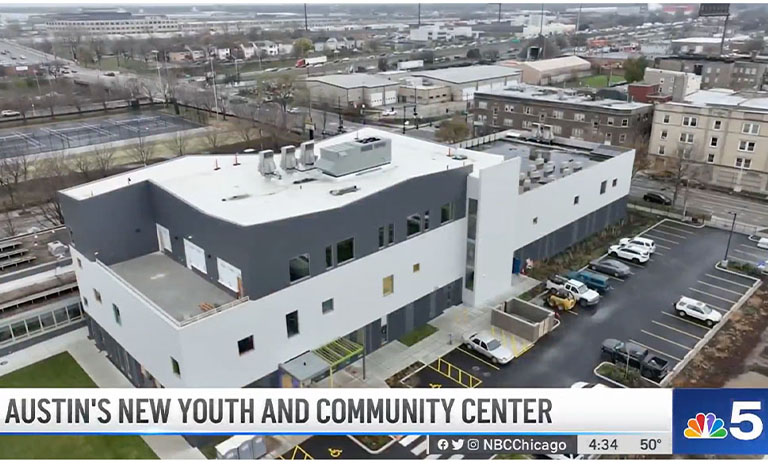 A new youth and community center will soon open its doors on Chicago’s west side. It’s a major project by non-profit organization BUILD that could become a game changer for youth in the area.

The facility is taking shape on the corner of Harrison Street and Laramie Avenue in the South Austin neighborhood, where the organization’s CEO Adam Alonso gave NBC 5’s Sandra Torres an early tour. The project been in the works since 2017 and, while it’s still under construction, it’s set to open early 2023.

“The first week it went up, the community was like, ‘What’s going on? It’s really happening?'” Alonso said.

The campus will include art and music studios, performance spaces, a youth lounge, a large gym with multiple basketball hoops, an elevated track and fitness center. It even incudes a commercial kitchen space and a woodworking shop, both of which will be used for the organization’s workforce development programs.