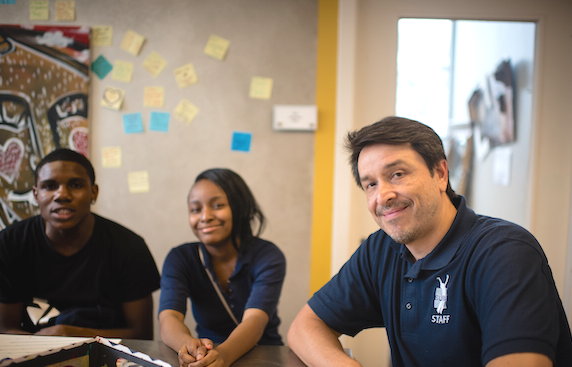 At age 24, Adam Alonso realized his calling. It was a chance encounter in 1995. Alonso was working at Casa Central, which used the basement of Vida Nueva church near Kelvyn Park. One day, a 15-year-old showed up to the church looking for the pastor. He wasn’t there. Alonso was. The 15-year-old was high and considering suicide. Alonso informed him that the pastor wasn’t there, and the teenager turned and began walking away. But that’s when Alonso heard a voice in his own head: “Call him back.” He did.

In their talks, Alonso found out the 15-year-old had been living on his own since he was 11. He had a 2-year-old son with another child on the way. His mother was a heroin addict. His father had been shot and killed in a park. And here he was, in the basement of Vida Nueva, searching for any form of guidance.