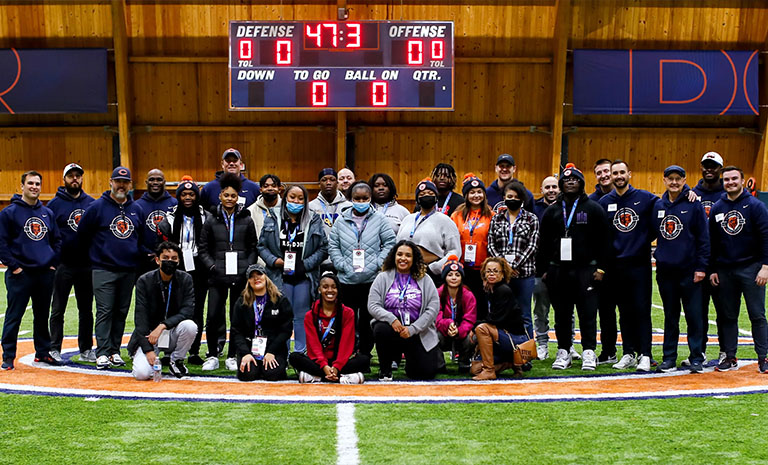 Bears general manager Ryan Poles and Bears Care hosted the organization’s first-ever Scout School Dec. 15, bringing students from BUILD Chicago to Halas Hall to introduce them to the role of scouting in the NFL. As an organization, BUILD helps at-risk youth in the Chicagoland escape gangs and violence while instilling positive leadership qualities into each individual.

Poles, who grew a passion for scouting as a graduate assistant at Boston College, didn’t know much about that career path growing up, despite playing football since he was a child. Through over 13 years in the NFL, Poles discovered the vast number of behind-the-scenes jobs in professional sports and providing the space for kids to recognize those opportunities at a younger age was the goal behind his Scout School.

“When I took the general manager job, I wanted to make sure I could also affect the community as well,” Poles said. “Affecting the youth and inspiring them is a big deal to me, just to give them hope, give them direction and allow them to set goals was the main thing. I knew if we put some of our scouts in front of them and talked about their journeys and how they got to where they are today, [the kids] would understand that their path is very similar to a lot of folks that are working in this building.”

Partnering with BUILD Chicago on the inaugural Scout School, which Poles plans to host annually, was a crucial step when formulating the idea. Adam Alonso, CEO of BUILD, received the Bears’ Inspire Change Changemaker Award, a league-wide initiative established this year to honor an individual who is making a difference in their community.