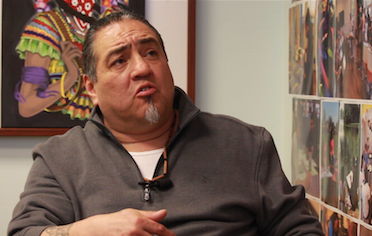 Max Cerda was only 16 years old when he watched two members of his rival gang fire 13 bullets into his brother’s body. He died in Cerda’s arms, squeezing his thumb.

Cerda’s brother was not a blood relative, but was raised by Cerda’s mom—a brother nonetheless. He had moved out of the house, and was originally wary of visiting Cerda due to his gang involvement. But Cerda wasn’t “gangbanging” when his brother came to visit. They were ambushed.

“I didn’t have nobody to help me navigate through this experience,” Cerda said. “And for three days I kept the clothes on because I felt that’s all I had left of him. I didn’t realize how precious memories are, right?”

The night they buried his brother, Cerda retaliated. At age 16, he was tried as an adult and convicted of double-murder and attempted murder. He was sentenced to 35 years, of which he served over 18. Five and a half he spent in solitary confinement.